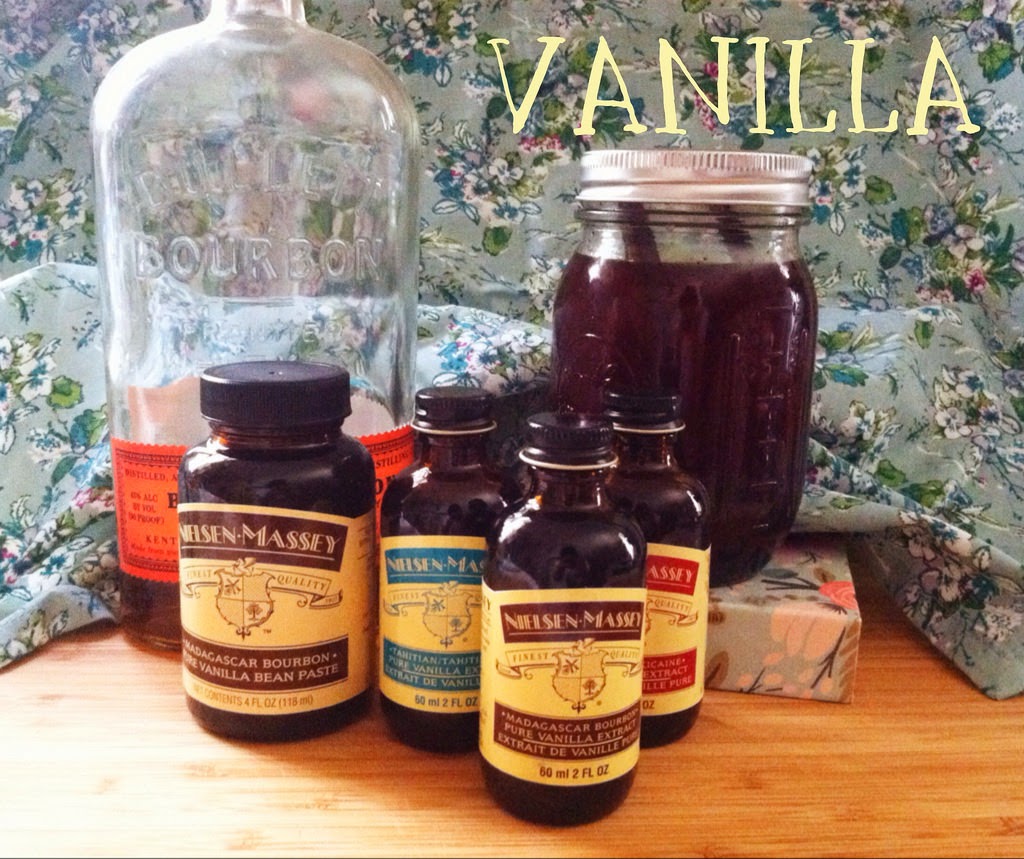 Sometimes you need to chat about things.  Vanilla things. Literally.


"Vanilla is a flavor derived from orchids of the genus Vanilla, primarily from the Mexican species, flat-leaved vanilla. The word vanilla, derived from the diminutive of the Spanish word vaina (vaina itself meaning sheath or pod), simply translates as little pod."

Vanilla is in most baked goods. It either shines bright and center or it give other flavors a little helping hand. So you could say that it's not always chocolate and vanilla.... er black and white.

I've taken a great interest in vanilla quality and how it affects my final product. It's important to make sure that I'm using the best ingredients accessible to me. I'm not saying break your bank, but step out of your box and look around. There are so many possibilities with something as simple as vanilla.

My little pantry contains a few types of vanilla: whole, bean paste and extracts. Whole beans are usually cut open and scraped with the skin used to infuse flavor but removed before serving and on the expensive side. Vanilla bean paste is a paste of the insides of a pod all ready in a little bottle for use, kinda expensive but less intimidating than the pod. Vanilla extract is macerated pods soaked in alcohol and water, available in markets. 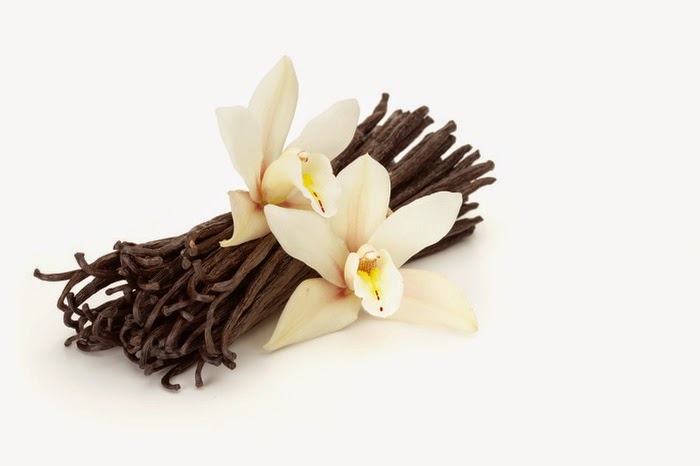 There are a few types of vanilla beans (as explained by Beanilla)
I picked up this sampler pack from Williams-Sonoma and am working my way through the bottles. I really can't pick a preference but I try to use the type according to the flavors I'm trying to bring out expose and develop. 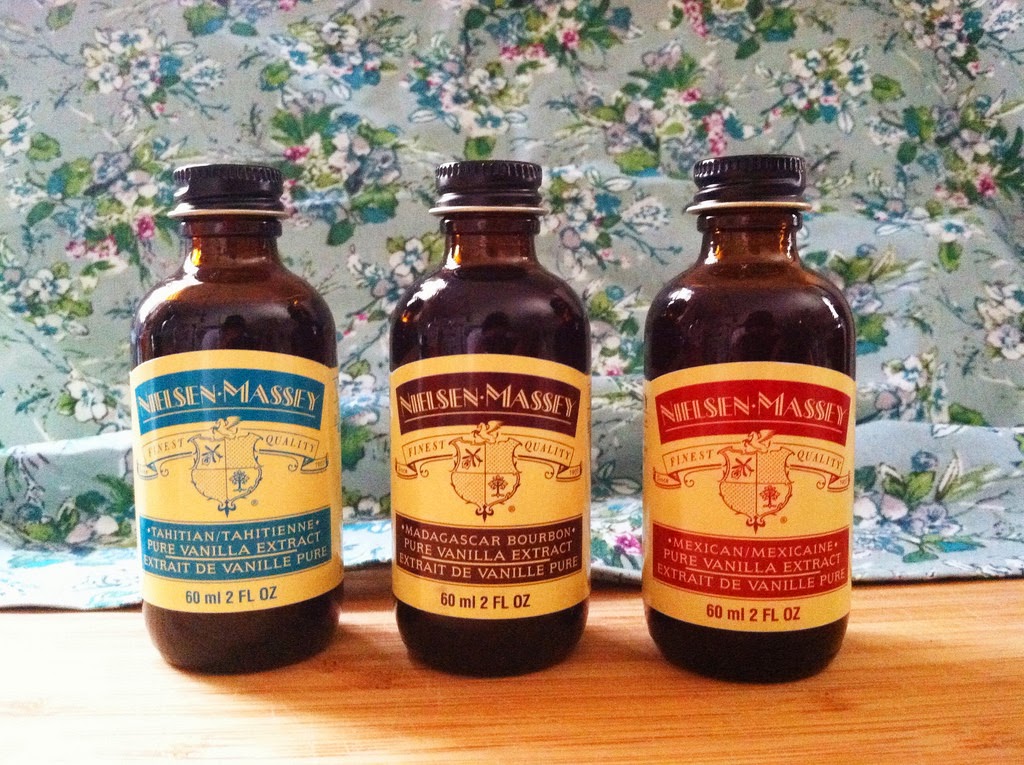 I also set aside a few days of lunch money and bought some whole pods off Amazon. Totally worth it!

I wouldn't suggest imitation vanilla if you can help it. If you are already putting in the time to bake up something, buy some good or a within-your-price-range vanilla extract OR make your own! 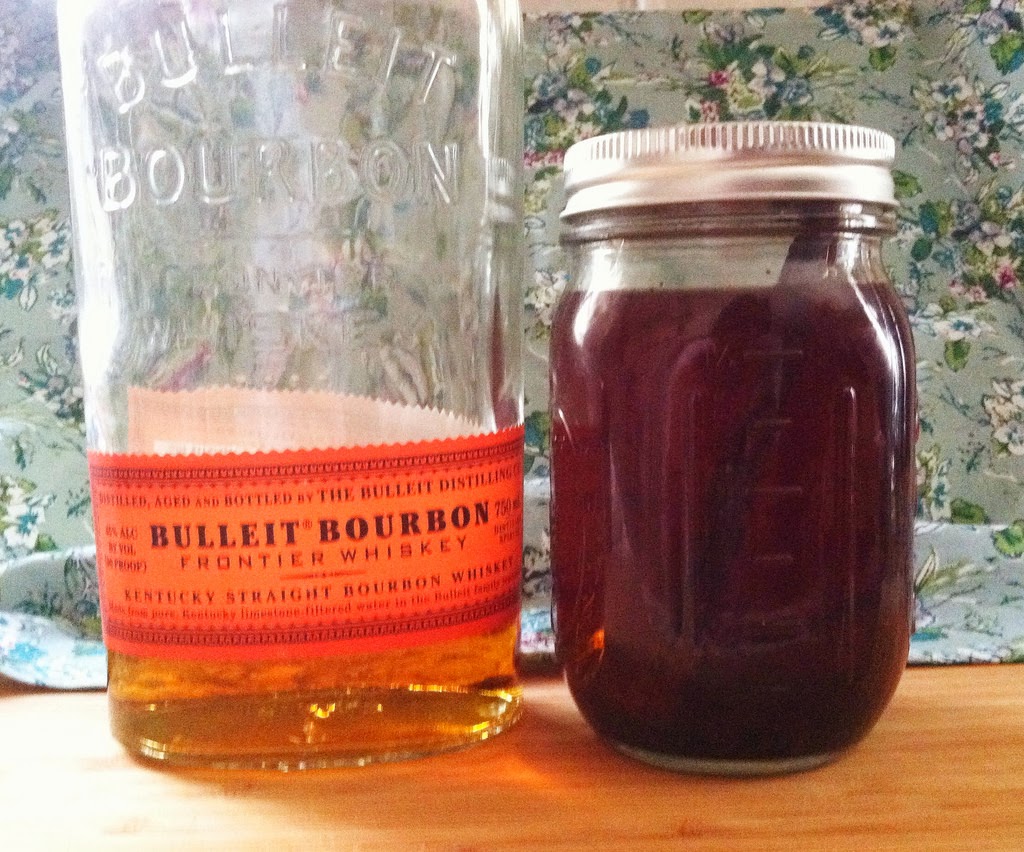 Homemade vanilla extract has me feeling like a classy moonshiner. It's one of the most simple things to make, relatively inexpensive and AMAZING!

I used a mason jar but any jar will do. Fill the jar with either vodka or bourbon. I wouldn't recommend getting too crazy, just decent vodka or bourbon will do. Then throw in some halved and scraped vanilla bean pods. Two should be a good start. Put the lid on tight, shake and store.

I actually started with some older pods that were a bit dried out (but not moldy), so I threw them in the bottle and filled it up with bourbon. If I only need seeds for something, I throw in the unused pod and shake up the jar. I keep it stored in my pantry away from moisture, light and excessive heat. Every once in a while I shake it up and take a wiff. It will take a few months to develop full flavor but very much worth it.

I'll warn you, the first few months it smelled like a bottle of whiskey, nothing else. Now, over six months later, she is smelling wonderful and extracty. She is my little secret ingredient. Every once in a while, I top her off with some fresh bourbon and throw in some pod pieces.

There you have it! IF you can, go forth an buy extract or make your own bottle. Play with whole, paste and extracts! Don't be afraid. It'll make a difference. I promise.